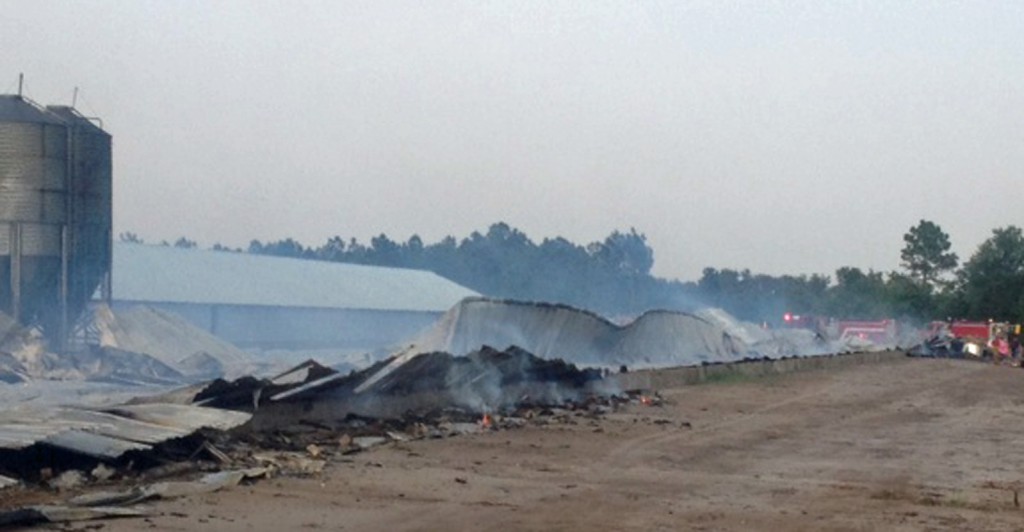 Minimize the effects of fire losses in livestock and poultry buildings by following these basic guidelines and implementing a fire plan.

According to the U.S. Fire Administration, agricultural fires annually account for $102 million in property damage and result in 25 fatalities. One-third of these fires occur in livestock and poultry operations with larger production facilities increasing the potential for catastrophic losses from replacement costs and interruptions in production schedules.

Firestops or draft barriers
Firestops act as draft barriers to reduce the rapid spread of fire through an attic.   Firestops consist of using a flame resistant material, such as 5/8-inch rated sheetrock covering both sides of a truss that contacts the roofline. Since any openings in the barrier reduce its effectiveness, the sheetrock should be notch to fit around the purlins. Install firestops every 100 feet of building length.

Breakaway walkways
Use lightweight framing in the middle section of connecting hallways. If a fire breaks out in one building, a tractor and loader could be used to remove the center part preventing the fire from spreading to other buildings down the walkway. 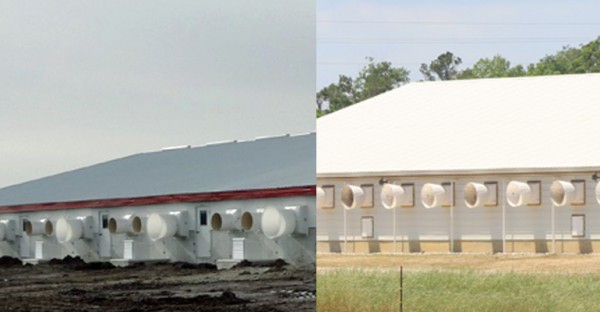 Fire escape doors
Provide an exit door every 125 feet of the exterior wall to prevent areas where people could be trapped.   Individual farrowing and nursery rooms should include some type of exterior escape door; site fabricated “kick-out” door, 36”x 36” window, or narrow walk door.

Lighting protection
Any metal structures, such as bulk bins, located next to the buildings should be grounded with a ground rod for lightning protection. Install a surge protection device on the electric entrance panel.

Incinerator and generator
Incinerators should be 50 feet or more from the buildings. Generator rooms inside a building should include walls with a 2-hour fire rating to delay the spread of a generator fire. 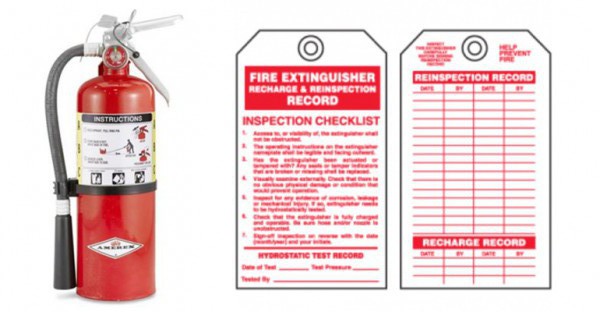 Fire extinguisher
Install a 10-pound ABC dry chemical fire extinguisher at exterior doorways and electric panels.   Provide additional units every 100 feet of building length. Fire extinguishers need to be checked monthly by the farm personnel and annually by an outside source. Have spare extinguishers to replace any used until they are recharged.

Electrical systems
Return all repairs to the original installed condition. Three wire nuts and a roll of electrical tape, or whatever tape maybe handy, is a temporary fix but is often forgotten. Do not use electrical drop cords in place of permanent wiring. Do not bypass safety devices, sensors, breakers, fuses or other devices in a system; they are there for a reason.

Train all employees on how to cut off the electrical power to individual buildings and the location of the primary cutoff for the entire facility.

Heaters
Heaters and brooders are probably responsible for more barn fires than any other single source. Maintain heaters in good working condition, inspecting and servicing the heater components frequently, removing flammable foreign material, such as rodent nests, insects, and dust. Inspect rubber gas hoses for cracks. After any cleaning or servicing that requires removal of any part of the gas system check for leaks. Gas sniffers are cheap, typically $100 or less.  Train all employees on how to shut off the gas to the entire facility.

Heat lamps cords are highly susceptible to damage because they are frequently moved.   Inspect the outside covering and replaced when the cord becomes worn or cracked and never repair damaged areas with electrical tape.

Fire plan
Every farm should have a written plan detailing how employees should respond to fires and where to go in case of an emergency. Have all emergency numbers posted where all employees can access them and include the farm’s 911 address. Implement and schedule quarterly fire drills.