ESF might not be the best choice for your farm 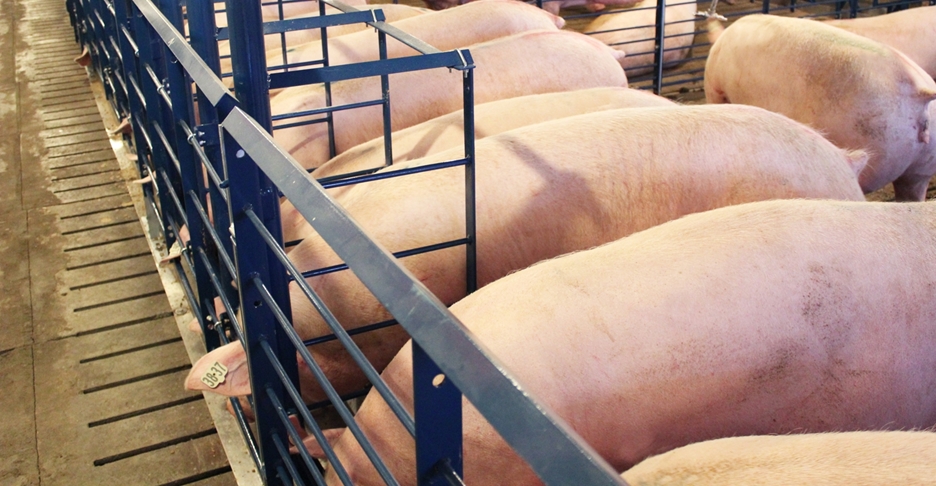 So it makes perfect sense Electronic Sow Feeding has emerged as a popular system for group housing.

Without a doubt, many farms are utilizing ESF successfully.  However, this doesn’t mean this the only or even best system for group sow housing.  Group housing with feeding stanchions has proved itself across a wide range of production systems and locations.  There are several reasons for this success.

Your employees can already run a stanchion system.

In many ways, feeding stanchions are similar to gestation stalls.  The feed line drops the daily ration simultaneously, and sows stand at the trough until it is eaten.  The herdsman walks the pens checking the sows; animals not eating are quickly identified and treated.   Also, the group size tends to be smaller making it easier to sort the sows visually. 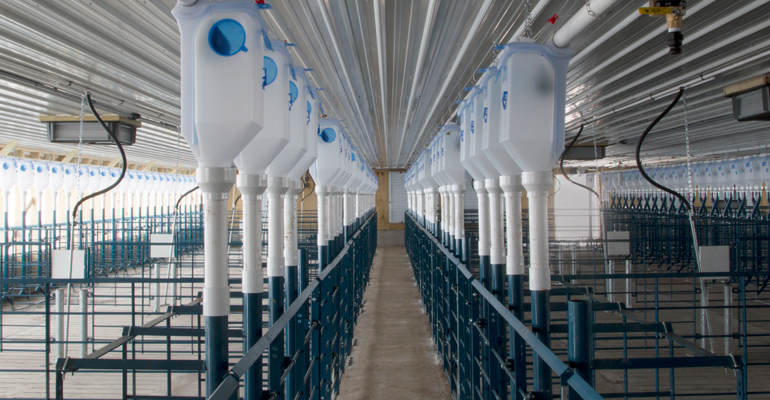 In contrast, ESF systems rely on the stockmen’s ability to identify problem animals in a large pen.  Sows recognized by the system, as not eating, will need to be located by their ear tag in large group pen.   Also, animals require a training period where they learn to eat from an ESF station.

Equipment repairs can be performed in-house.

The feed system is the only moving part of a stanchion system.  This feed system relies on motors and simple switches to operate.  Most producers understand and can replace those components in an emergency. 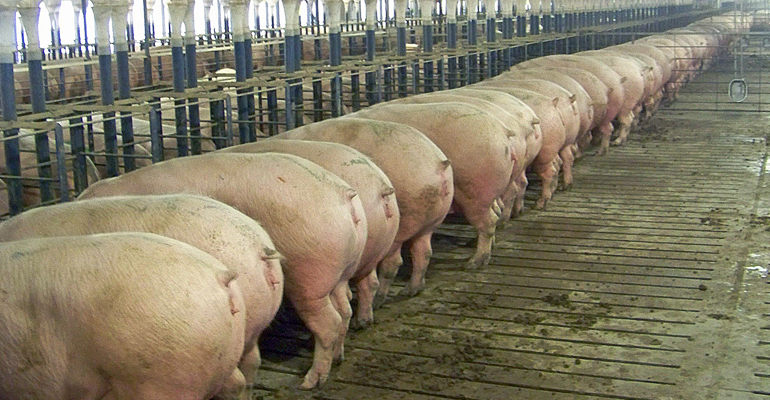 While ESF systems also have motors and switches they also utilize RFID readers, sorting gates, and electronic data transfer. While some individuals can troubleshoot and repair these items, those are the same people who can fix their own computer issues.  Most of us can’t.

If the dairy industry can use robotics why can’t we?

The dairy industry has an extensive and skilled dealer network in place. This dealer network is familiar with servicing compressors, milking equipment, etc.  The dealer network is also very dense.  Most diaries have multiple options for local service work.  Sow units tend to be located in more remote areas putting qualified service techs hours away.

Off the record, and in some cases on the record, many producers with multiple group housing schemes express a preference for stanchions.  In fact, even though ESF systems have received more attention, our best estimate puts the number of new and remodeled sow places with stanchions to be over 600,000 in the U.S. This easily represents the largest number of sows housed in group systems.  No system is perfect, but for many producers, stanchions are the best choice for converting to group housing.