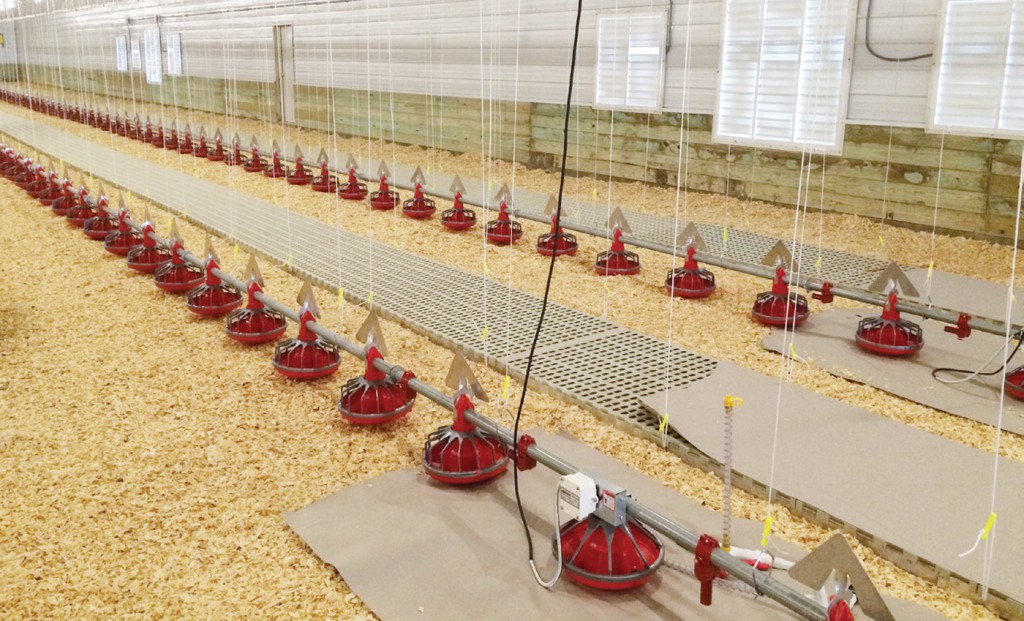 Stan explained, “I have an arrangement to raise pullets for two local independent producers. I bring them in as one-day-old chicks and raise them until 16 weeks of age. I own the chickens and supply the feed with this arrangement. I also raise one flock a year for a producer from outside the state where he supplies the chicks and feed under contract.”

Stan’s construction background enabled him to act as his general contractor and build the 50’ x 320’ structure with local labor. The house will hold up to 25,000 pullets. 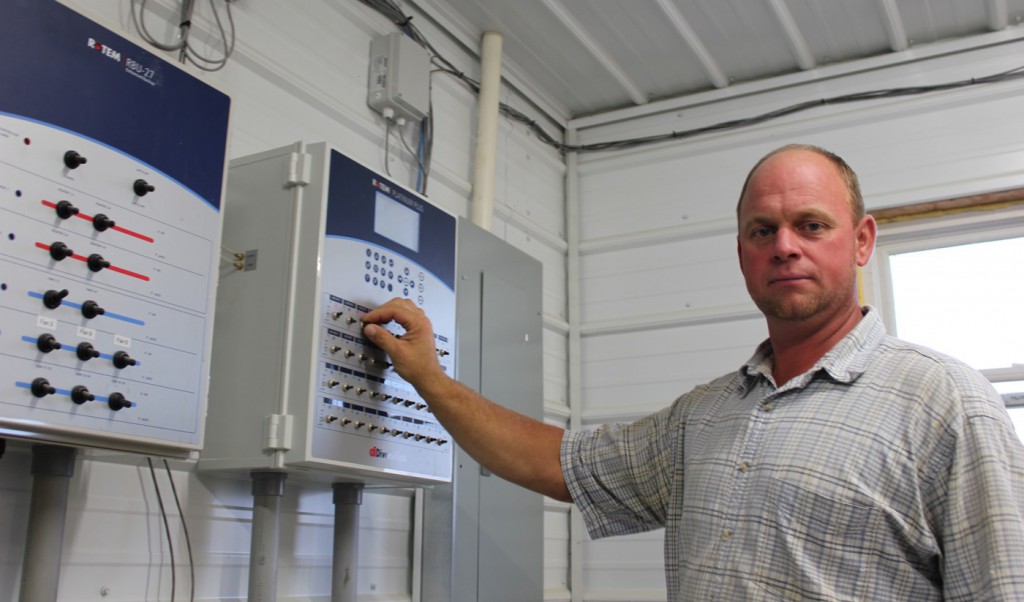 The Rotem house controller acts to integrate all of the building systems into a central station to monitor daily production inputs. Along with controlling and tracking the ventilation, heating, and water data the controller also automatically records bird weights and daily feed consumption. 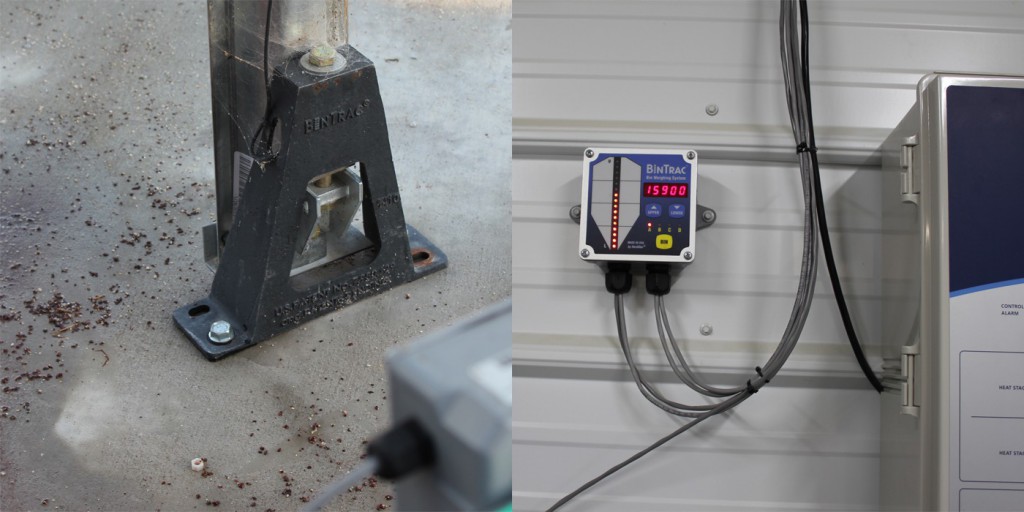 Each bin leg has a load cell bracket attached and relays information to the digital summing box which feeds a display unit mounted inside the office. This display unit, in turn, is linked to the house controller which records and stores feed intake. Stan can easily monitor the flock’s daily feed consumption and note any problems that can affect production. 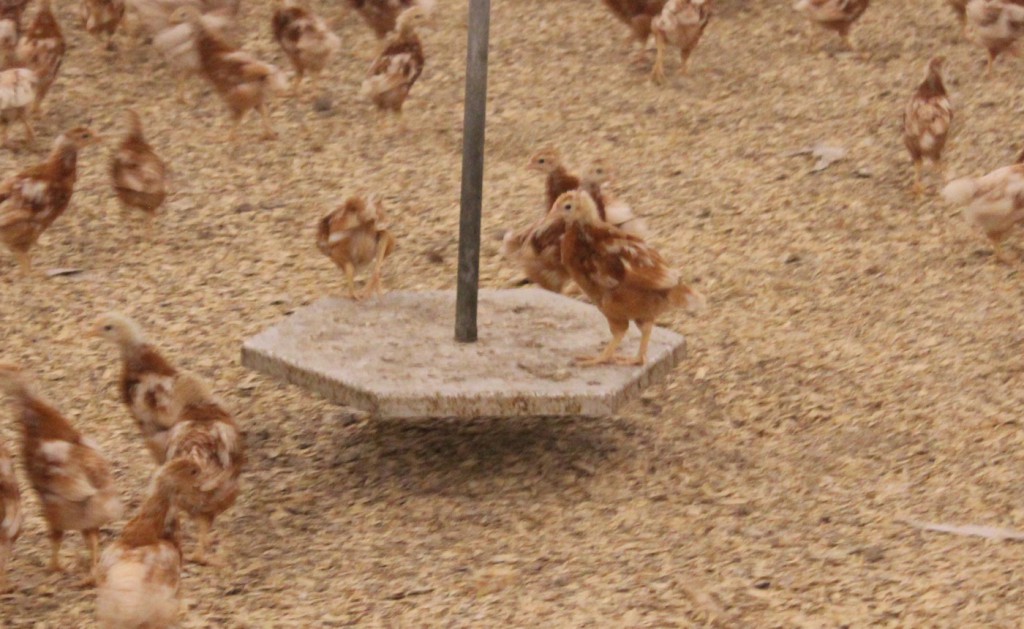 A hanging scale automatically weighs the birds as they mount the platform. Only 2 to 3 seconds are required for an accurate weight to register to the controller. Stan’s contract includes a bonus on weight uniformity based on the average recorded from the scale system. 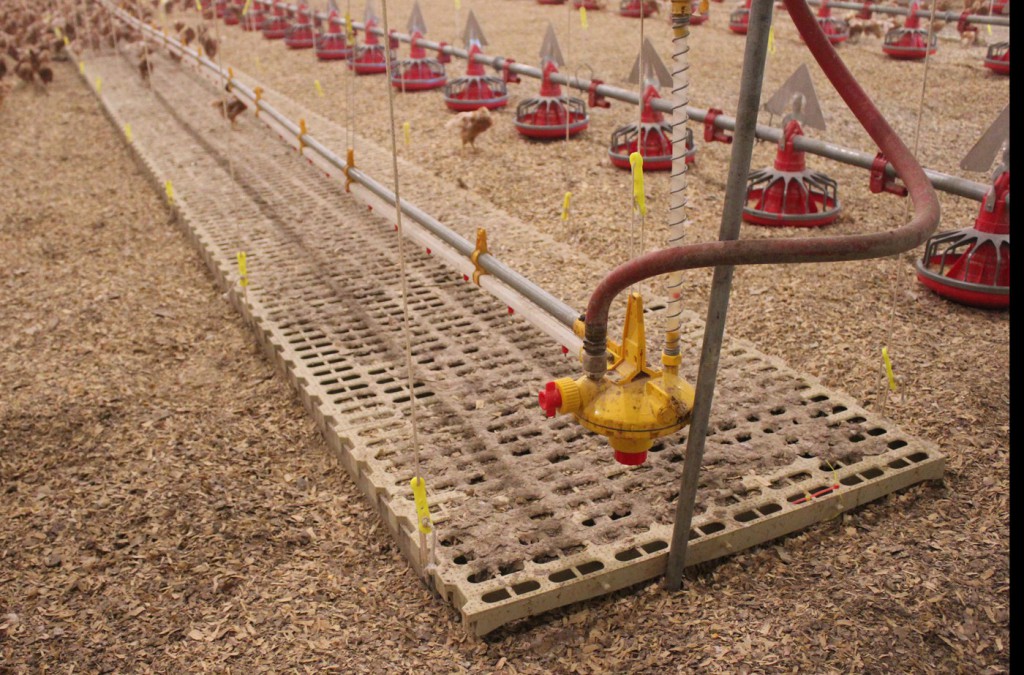 The building contains an innovative approach to training pullets for their transition to the layer house. A section of slatted flooring is positioned under each water line. Gradually the water lines and flooring are raised to a height of 24” before the pullets go out. Stan’s layer customers report fewer floor eggs from pullets conditioned with this technique. 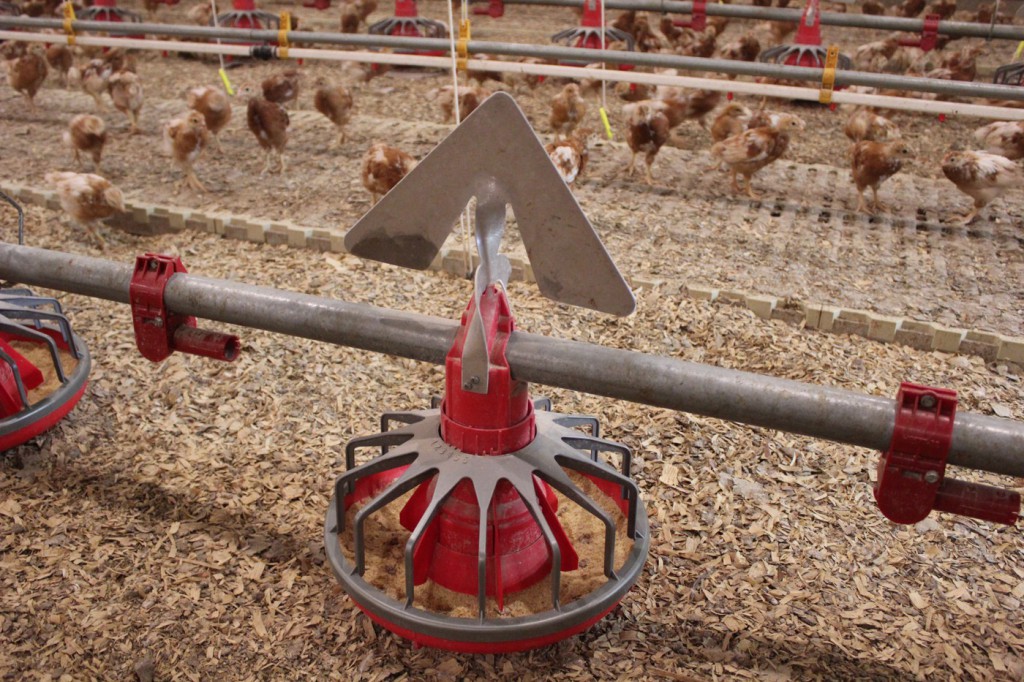 Unique anti-roost fixtures above the feeders prevent chicks from soiling the pan feeders but still allow the feed line to be used as a roost. 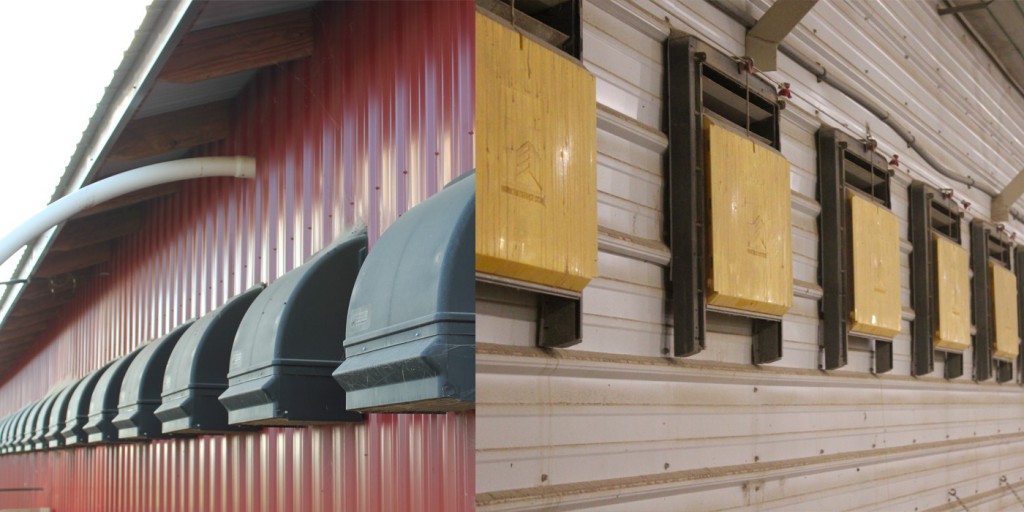 The building features a cross ventilation system with automatically adjusted wall inlets along one wall with light traps on the outside. The fan banks are located on the opposite wall. Stan explained the system; “We felt cross ventilation fit our production model better than tunnel ventilation. We saw excellent circulation patterns when we smoked the building. When the outside temperatures were 95° we stayed at 90° inside.” 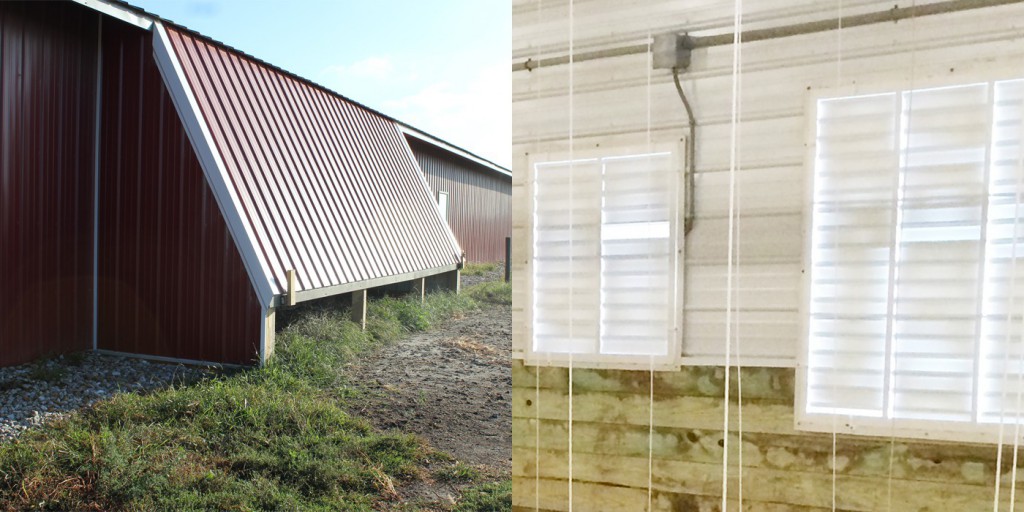 The building is set up for half-house brooding with five 80,000 BTU, U-tube heaters supplying 400,000 BTU of heating capacity. Stan commented, “ The brooders do a great job of throwing heat to the outside walls, and we get even temperature across the brood area. Additional heat is supplied on the far end with three 40’ long, 100,000 tube heaters.” 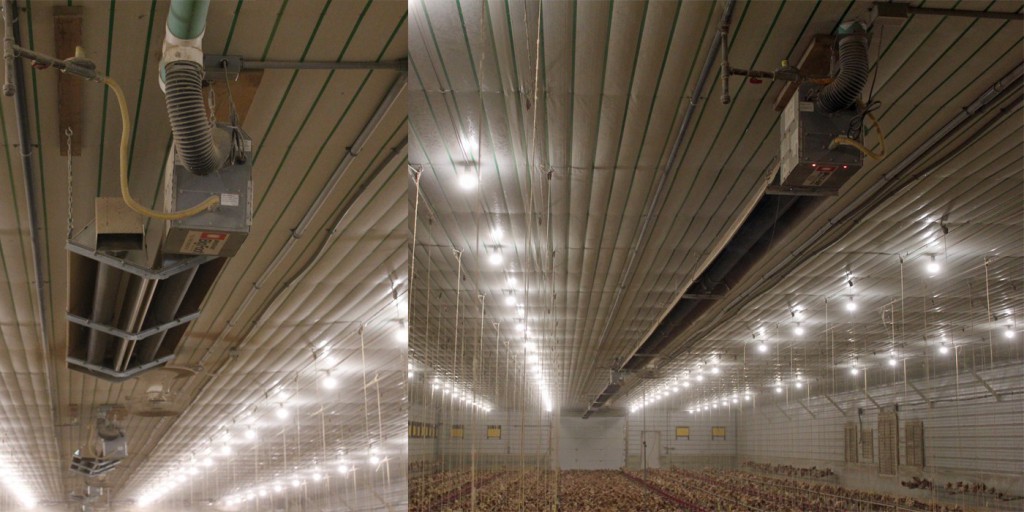 Big Foot U-Tube in brooder area with GroTube Infrared heaters in the remainder of the house.

Stan finished up by saying, “ The chicken business has been a nice addition to our farming operation. It fits in with our purebred cattle as we utilize the litter to fertilize the pastures. I am pleased with how the building performs. As a matter of fact, the only thing I would change is the office…I didn’t build it big enough!”